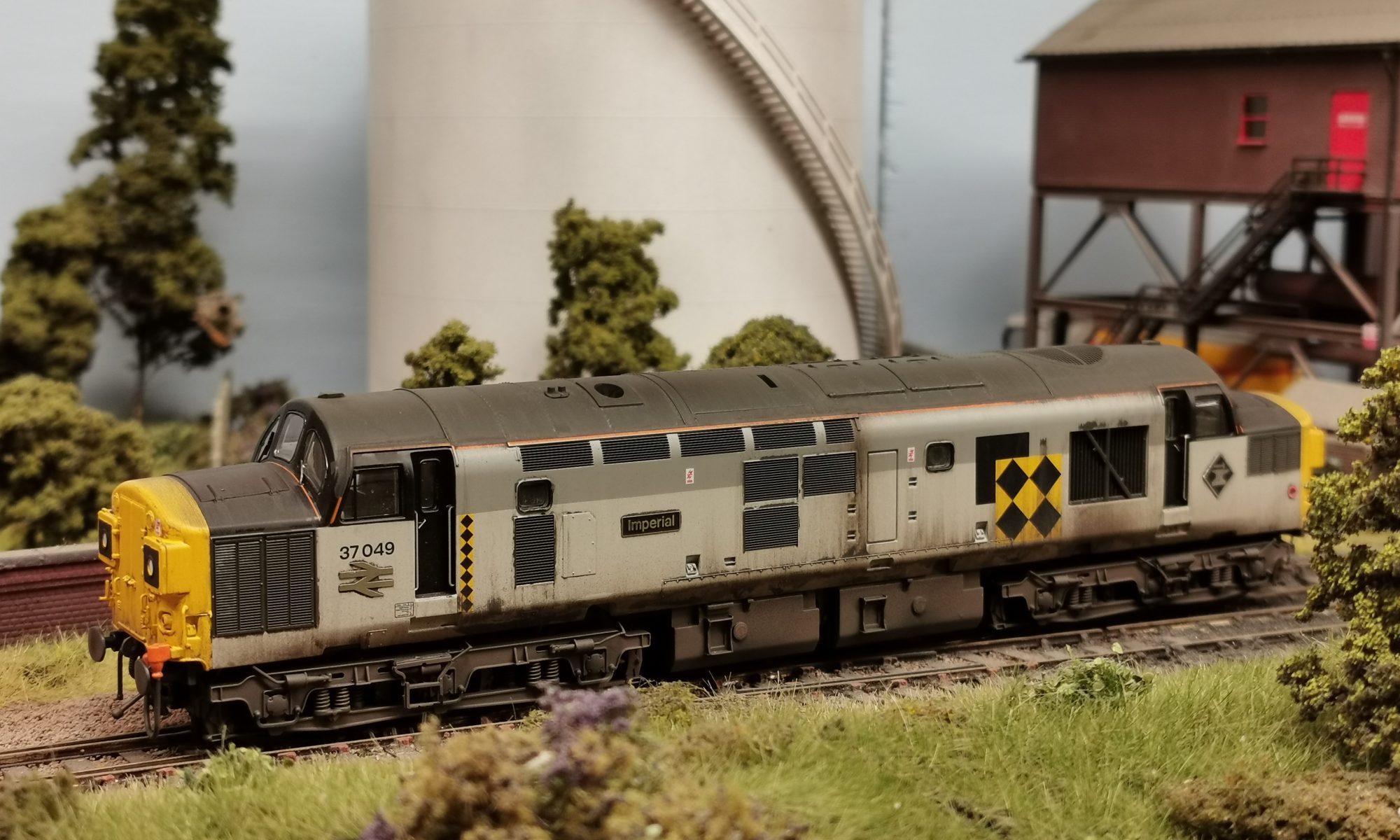 Let me start by wishing you a Happy New Year! Thank you for your support throughout what has been a very difficult year for everyone.

Recently, it seems like I’ve dedicated much of my time on Class 47’s so for the sake of variety, I’ve finsihed a class 37 that has been on the workbench for a few months.

I usually like to at least renumber my locos, but this Bachmann release is a loco I remember well from the early 1990s. There are however, some easy changes required to back date it.

First off, I masked up the split head code boxes with masking tape and masking fluid and once the fluid was dry I sprayed them matt black. The bufferbeam was detailed and screw link couplings were installed. In 1990, 37 049 carried Motherwell depot plaques, so etched items were fitted along with the BR arrows. The nameplates supplied with the Bachmann loco are red, which suits the loco in a later period. Using black enamel paint, I flooded the nameplates and once dry, I used a sanding stick to polish the paint off the lettering. They were secured in place using a small amount of varnish.

The loco comes with round buffers fitted, which were also only fitted later in the decade. These were swapped with oval buffers from another Bachmann class 37, but normally I’d swap them for Hornby class 50 items which look so much better. Unfortunately, they’ve not been available anywhere for some time.

For the weathering I started with the airbrush, using Railmatch Frame Dirt for the bogies, fuel tanks and lower body side. Roof dirt for the roof and cab nose tops, followed by some matt black for the exhaust soot and greasey areas on the bogies. Finally, a Flory Models dark dirt wash was applied all over the loco and left to dry before wiping with a damp sponge in a downward motion. The result is a work stained loco with some oily residue and water streaks down the body side.

Another year passes and another year I've not managed to get to Model Rail Scotland. Some great new announcements, and I'm definitely on for a couple (at least) of Accurascale UK 31/4's to renumber and repaint. ... See MoreSee Less
View on Facebook
· Share

Merry Christmas to all my friends and followers, old and new. Not much has happened for me in toy train land, as my other hobby has taken most of my spare time and cash. What did Santa bring you? 👇👇👇 ... See MoreSee Less
View on Facebook
· Share